Bulgaria at the Venice Biennale 2011 – how did we fare? 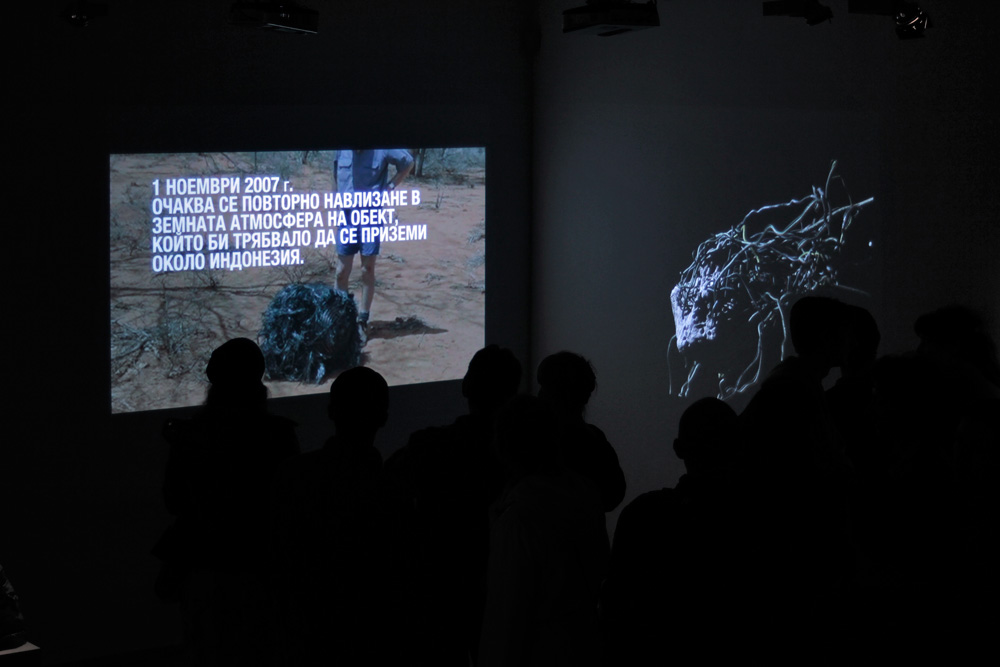 "Media Art's challenge for our Societies"

(an article to be published by Umelec Magazine)

The hoax of David Černý's Entropa has been in the focus of media everywhere in the last week; from Times, to collective and individual blogs. So, the artist's strategy proved to work and in this sense it could be said that Entropa is a very successful piece of public art, overwhelming collective imaginations and provoking heated debates. There are though several points where I find it very problematic and would try to briefly touch upon them in the following lines.


The artist says he drew on Monty Python and Sacha Cohen's sense of humor in creating the grotesque model of the map of Europe, central to Entropa. But there is a slight difference between the mode of production of Monthy Python and Borat, and the grand commission Mr. Černý got from the Czech Government. The cost of £350,000 of public money for a laugh I find very questionable. The US group Yes Men got vast popularity in recent years with their hoaxes deeply penetrating corporate worlds by taking over WTO web site, or issuing fake NY Times magazine, but they did that with their own resources and networks, not being commissioned by any institutions, and that has made  their strategy much more authentic and radical all the way from approaching the establishment to the entire operation of infiltrating in that world.
Out of the noise Černý's commission brings up serious questions around the way commissions on such high level are made and the naiveté and ignorance of politicians towards contemporary art, when they want to make use of it for political purposes. It is somehow hard to believe the statements of Alexandr Vondra, the Deputy Prime Minister of Czech Republic that he was not informed about the major shift in plans between the contract assignment and the actual realization of the work. It does not take long to check the artist biography and to inform oneself of the provocative character of his work, even only with the example of the troubles with the exhibit of his "Shark" at Bielsko Biała, and to guess what might be expected from such a commission. I wonder about the very idea behind the intention of putting an artist like Černý in charge of a massive collaboration with other 27 artists, and than to expect a production of one coherent piece. It is a contradiction and total failure to recognize the principal conditions of the scene of art.


In his article Politics of Installation, published in e-flux journal, issue #2, from January 2009,  Boris Groys defines the two major differences between the roles of the curator and the artist.
"The regime under which art operates in our contemporary Western culture is generally understood to be one that grants freedom to art. But art's freedom means different things to a curator and to an artist. As I have mentioned, the curator-including the so-called independent curator-ultimately chooses in the name of the democratic public. ... On the contrary, the space of an artistic installation is the symbolic private property of the artist. By entering this space, the visitor leaves the public territory of democratic legitimacy and enters the space of sovereign, authoritarian control..."
Thus strictly speaking David Černý can not be blamed of taking the liberty to do his Entropa following his sovereign will and he did what was expected from him to do as an artist. The mistake to take him for a curator instead of an artist shows a basic failure on the side of the Czech official institutions to recognize the rules of the game.
May be the realization of this failure is behind the very insecure and ambiguous attitudes the Czech authorities expressed towards the piece around the days of inauguration.

Now the over-proportionate reactions on the side of Bulgarian Government and its representatives in European Parliament are for sure not less inadequate. Getting offended by the image of the country as a Turkish toilet in the installation is for sure an infantile reaction taking the provocative sign that the artist came up with for a literal, official representation of the country. That is no surprise though especially for a country that failed to recognize the importance of Contemporary Art (still lacking a single public institution like Museum or a collection of contemporary art on a national level) not to handle the public debate because there is no way to get to know the language and strategies of contemporary artists, what to be said about "granting freedom to art", as is the model of Western culture described by Groys.
Thus for today's Bulgarian culture, Entropa has played ironically a very significant role, the one of showing the symbolic importance of art and the acceptance of art's freedom in the European project the country wants to join.
It is a pity the official institutions missed the lesson, and instead of showing open-mindedness got fixated at their little corner and censored the installation by putting that ridiculous piece of black cloth in front of the country's image. Irony here gets additional layers, I guess far from artist's original intentions, and develops further the piece. First, instead of making statement on the whole, i.e. map of Europe, the Bulgarian officials were content of taking care only of their own bit of representation, "correcting" this small spot of the surface like a professor would correct the drawing of a student in early drawing classes. Then the black cloth covering the image is like a funeral sign for the country, and instead of hiding the hated image, it focuses the gaze on the irregularity of that spot. I personally associate it also with the signs one can see in front of public toilets here, warning that the facility is out of order.


Being an artist myself, what bothers me in the installation, apart from this political turmoil, is that I can't see a kind of subversive critique in the act of building those national clichés. It seems to work most likely on their affirmation than destruction. And it is even more disturbing to see how the big and powerful countries are portrayed in relation to small and less visible on the whole picture countries. Britain is mercifully taken out of the grotesque assemblage; there is nothing peculiar in the strike of France or the autobahns of Germany (except the haunting, but denied image of swastika). Somehow it seems that the imagination was very weak in the production of clichés in these terrains, but in case with the small or weak countries like Lithuania, Romania or Bulgaria the artist's satire was way sharper. Such approach raises suspicion towards the actual ambitions behind the sensational nature of the gesture.
To sum it up, admiring the powerful strategy of Černý, I remain very doubtful on the facts of the financial aspect of the commission and the particular way it was executed. 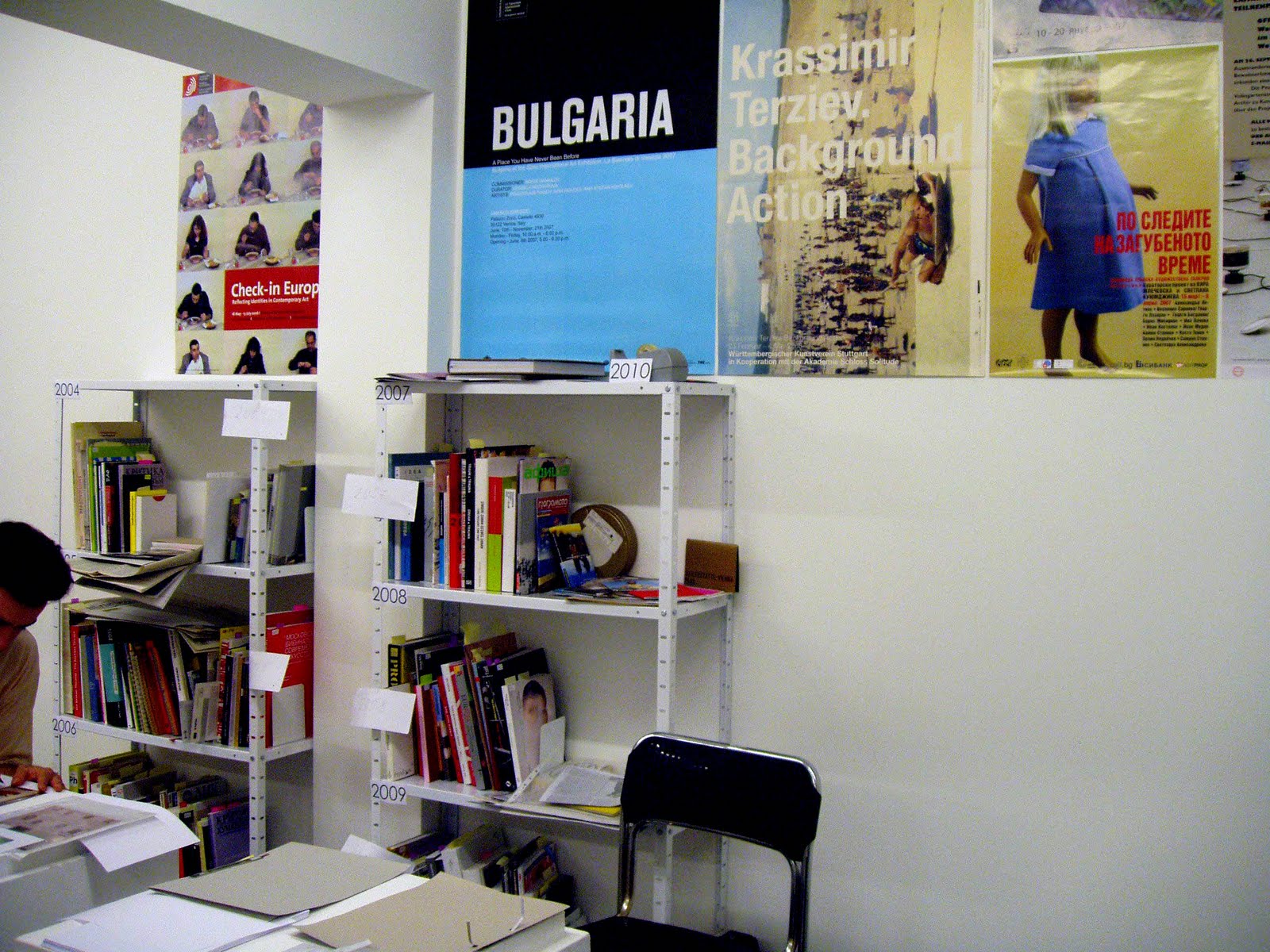 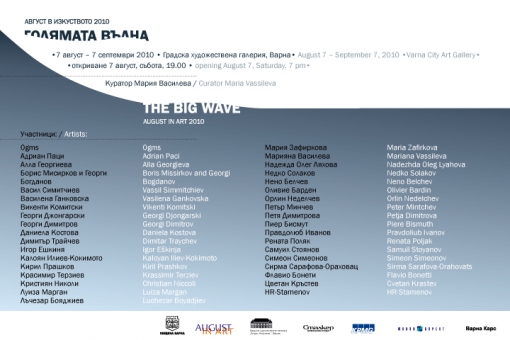 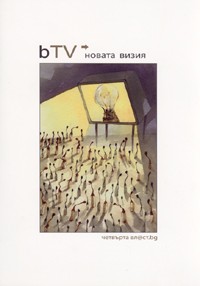 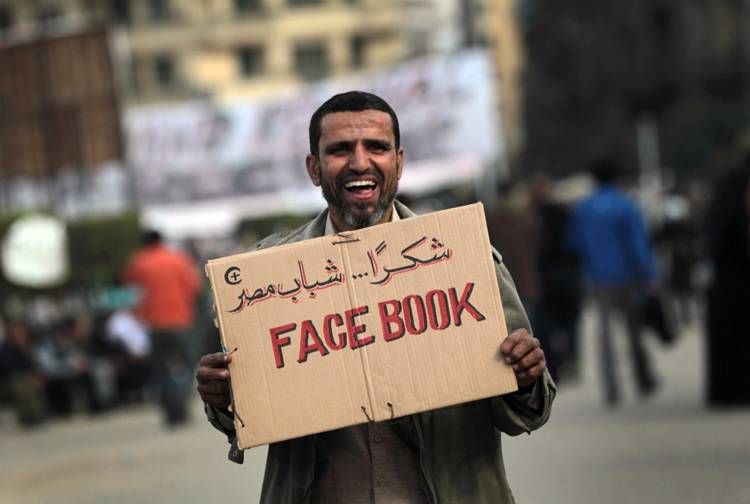